When you think of carnivorous plants, images spring to mind of tropical habitats, most likely with David Attenborough's voice narrating over them.

But we also have them right here in the UK.

A great example is the sundews, and check out this amazing photo taken by ranger Ele Jump at Moors Valley Country Park on the Dorset-Hampshire border.

Sundews have a sticky glue-like substance over their leaves which attracts insects. Once stuck, the leaves close around the trapped insect, which is then slowly digested.

Find the plants in low nutrient, wet soil where they don't have to compete with grasses and other plants. 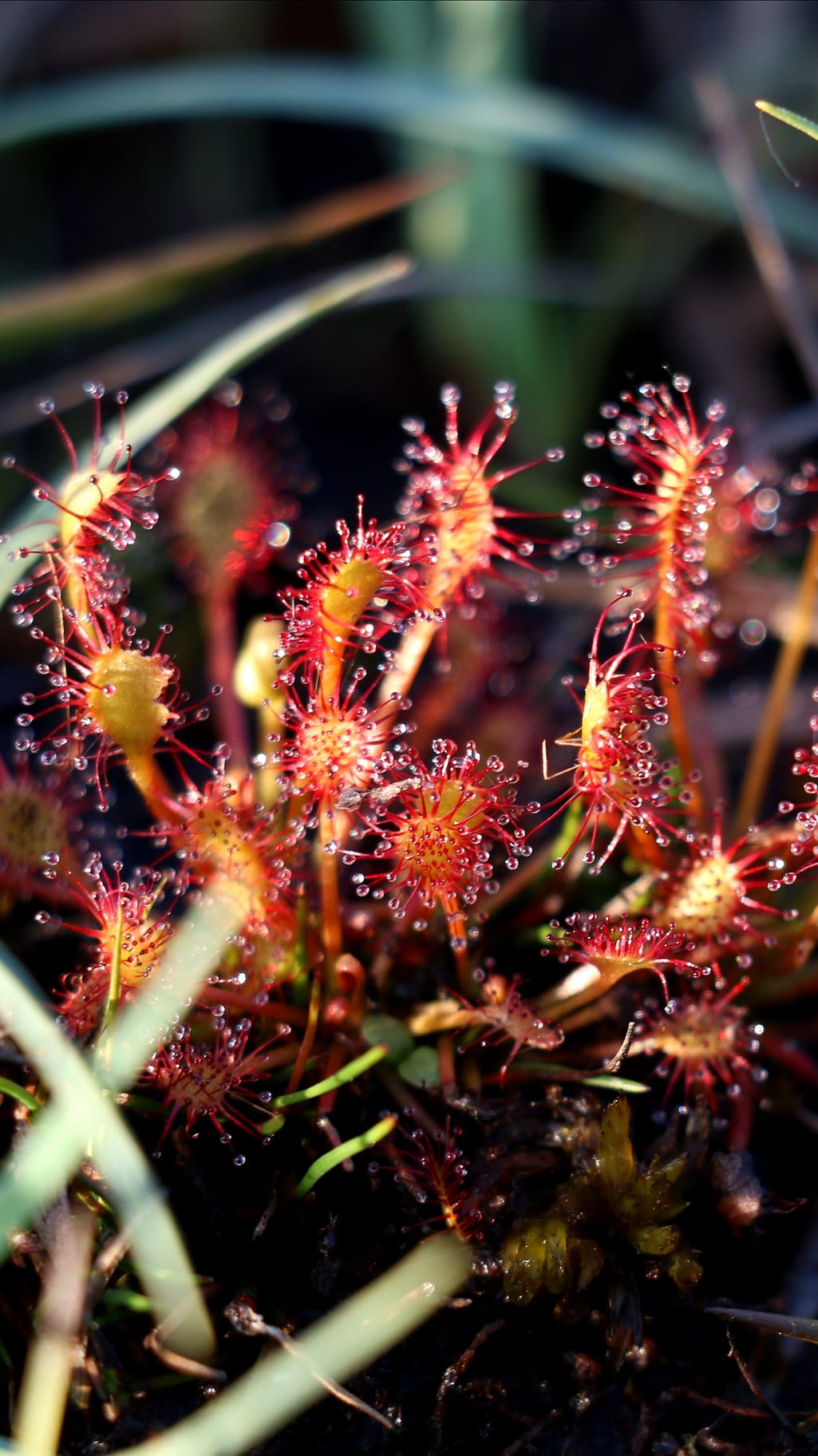 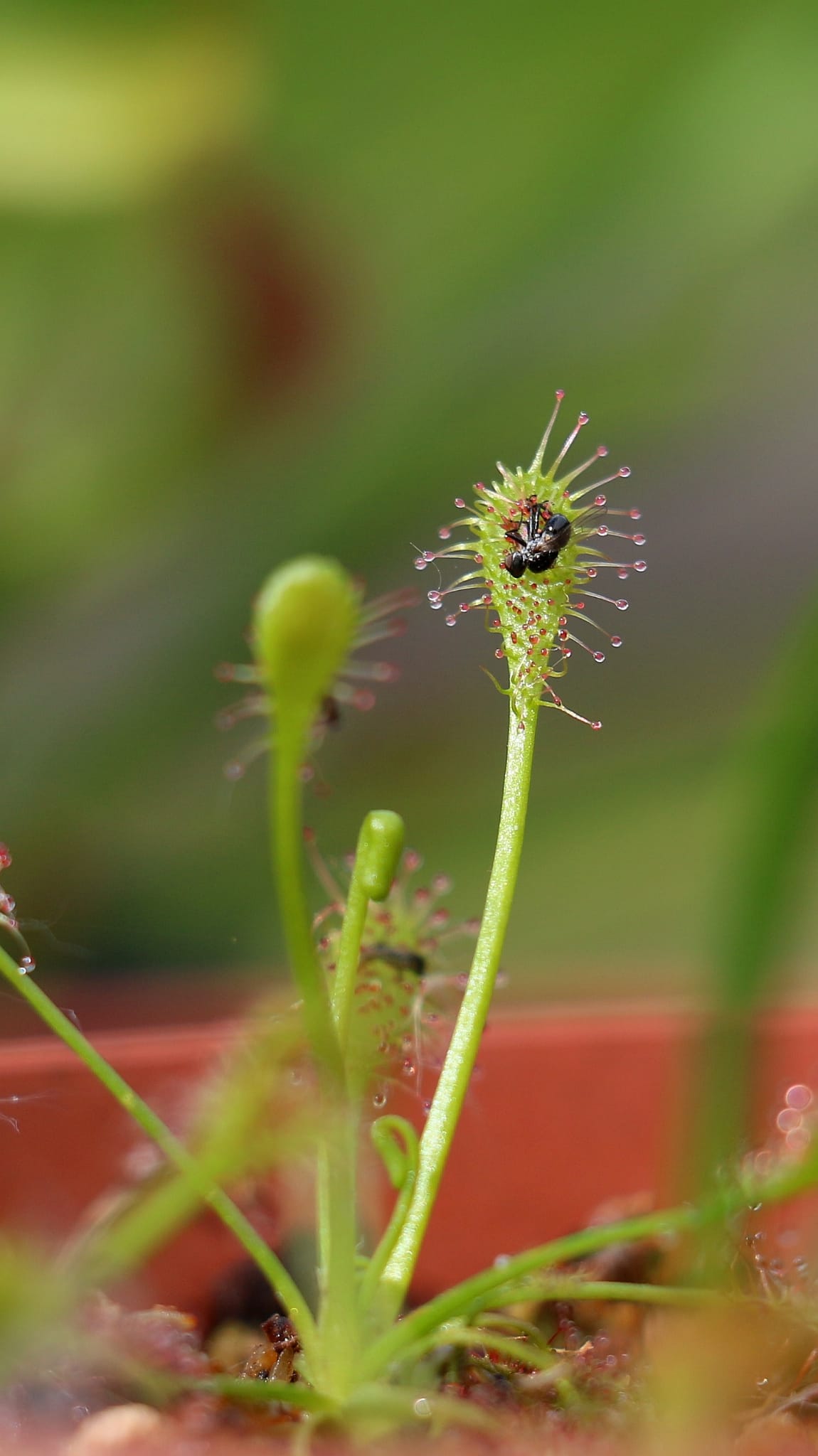 An insect caught in a sundew at Moors Valley Country Park, photo by ranger Ele Jump.

Sorry, not sorry for featuring moths two months in a row. This time around, we want to mention one rather unique, the buff-tip moth, a genius at camouflage.

Unlike many moths, which rest with their wings open, or at least folded parallel to the surface it’s perched on, the buff-tip tucks its wings close to its body. The reason for this is, so it cleverly appears as a birch twig.

Spot them in the twilight hours and at night, on the wing and perched in forests where you find birch.

Considering it's the sunniest month of the year, it's a little strange to be highlighting our second nocturnal creature. But, with lots of moths about, it's no surprise that it's a great month for bats.

Did you know that young bats are called pups? They're often born in late spring and early summer when prey is abundant. Mum will need to eat loads whilst she's nursing, and then after about 6 weeks, the pups spread their wings and go on the hunt themselves.

Adders are the UK’s only venomous snake and are ectothermic like all other snakes. Commonly referred to as cold-blooded, they rely on sources of heat in their environment to control their body temperature.

Simply put, watch out for them sunbathing in woodland clearings and heathland during the summer months. They’re easily distinguished from other snakes by the distinct diamond pattern down their bodies. Males tend to be grey and black, whereas females are shades of brown.

Well, only if you happen to have a smaller insect on their menu. If lions are the king of the jungle, then dragonflies are the emperors of the insect world. However, whilst lions are only successful 25% of the time when hunting prey, dragonflies have a success rate of 95%, and this makes them the most successful predator in the animal kingdom.

You’ll be pleased to hear that they eat both mosquitoes and midges and flies, butterflies, and moths. Some species will need to consume their entire body weight in a day, so it’s a good thing they’re so successful.

During the summer months, they’re in their adult form with an impressive wingspan of up to 120mm. Often found not far from water where they live are nymphs also; keep an eye out for them zipping through the forest at speeds up to 30mph, looking for prey.